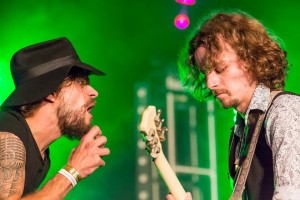 So, Maryport…it’s been a while.

Saturday 26th July saw us head up to Maryport in Cumbria for the first time since we played there with Hokie Joint 3 years ago.

A lot has changed for both the festival and ourselves since the day we warmed the crowd up for Canned Heat and Robert Cray, then were interviewed for BBC Radio 2.

I was slightly nervous about this one. Will the audience “get it”? Will they be expecting something similar to Hokie Joint? Are we even “Blues” any more? The answer to the latter is no.

We set off at 9am, heading from South East to North West. I’d forgotten quite how far Maryport is from Essex.

Nevertheless, after smooth journey, with highlights including 7 hours of moaning about the heat from Warren, seeing a camel and some ostriches next to the A1 and everyone being pleasantly positive about the mixes I’d done of the new album, we arrived.

The site has changed since we played there last, but the faces were the same. A great team runs Maryport Blues Festival, and that’s something that has always been the case. Debra and her crew were absolute stars.

First things first, we were shown where the beer was, and told to pour our own, which mean the first 3 or 4 ended p as 90% froth and 10% beer. Practice makes perfect though, and by the 5th, we’d nailed it. I must add, they were only in half-pint measures!

Our set was preceded by The Deluxe and Laurence Jones. Both went down well.

We hit the stage at 6:45pm, opening with “The Maze”, “Honey Murder” and “Come Over”. These three have fallen into place as a good opening trio.

The crowd were appreciative, but not as “wild” as we’d have hoped initially. There was a feeling of “come on then, impress us”. After the fourth song, “Dead Man’s Chest”, which we’d moved to earlier in the set, the crowd seemed suitably impressed, and a lot more relaxed, which had the same effect on us. From there on, it was one of those shows where everything went right. JoJo was on top form at his front man duties: “’Ow ya doin? Oright?!”

Cupsey, Warren and Tank played a blinder, and things just seemed to go to plan. The more we played, the louder the crowd became, and all of a sudden, our 80 minute set was over. Time flies when you’re having fun.

From my point of view, this was the first gig we’ve done where the crowd properly “got it”. They knew where we were coming from, and what we were trying to achieve. It’s certainly not Blues, and almost impossible to label, which is why we’ve heard “Indie”, “Southern Rock” and even “Soft Rock” (ahem) thrown at the band. Whatever it was, Maryport enjoyed it, and this was confirmed when the queue for CDs after the gig stretched almost the length of the tent.

The rest of the evening was spend perfecting our beer pouring technique whilst enjoying the wonderful voice of Layla Zoe, followed by the great CoCo Montoya.

On behalf of the band, I’d like to say a big thank to everyone involved in the festival, from the organizers, stage crew, sound guys and chef, to the fantastic audience. It was great to be back, and great to be “good” again!

See you next time!

Review by Rosy Greer from the Lancashire Blues Archive:

LaVendore Rogue – Now for something completely different!  Some old faces under a new name, from the Colchester area, ‘LaVendore Rogue’ have emerged from the ashes of a Maryport favourite, ‘Hokie Joint’, with three of the previous members holding court. What a brilliantly put together set, certainly not a traditional blues band, they have opted for a more melodic approach leaning towards soft rock… but you really can’t put these guys in any ‘box’ as their music is LaVendore Rogue and speaks for its self. They went down a storm in the marquee with people queuing halfway to the back to buy their current EP. A new album is soon to be released so I’m looking forward to that. They gave a flamboyant performance with JoJo Burgess strutting his stuff and giving out fantastic vocal arrangements, aided by Joel Fisk who also played some ‘mean’ guitar. Stephen ‘Cupsey’ Cutmore continued to keep the rhythm in check on drums along with new boys Rob ‘Tank’ Barry on bass and Warren Lynn on keys. A brilliant band and if you like something a bit different, catch them if you can! http://lavendorerogue.com/ *Recommended 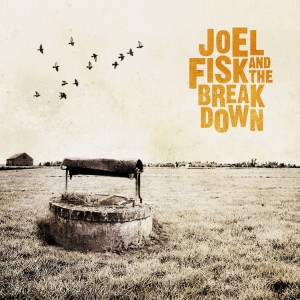